The purpose of present study was to formulate and Evaluate Sustained release floating tablet of losartan Potassium using Camphor and Polyethylene Oxide as Pore formation for floating and release retarding agent respectively to improve gastric residence time and patient compliance in management of hypertension. The tablet was prepared by direct compression by using HPMC K4 as dry binder. Camphor and PEO as floating and release retarding agent for sustained release floating tablet. Post compression was done to increase the hardness and floating time of tablet. Release modifier was used to speed up the release of drug from sustained release floating tablet. The effect of two independent variables like amount of Sublimating agent (camphor) and amount of Polyethylene oxide (PEO) on Q30min, Q360min, and Q720min was optimized using 32 factorial design and analyzed using the software design expert 10.0.3. The observed (actual values) responses were coincided well with the predicted values, given by the optimization technique. The floating tablet were characterized by FTIR for drug excipient compatibility.

Gastro-retentive drug delivery is an approach to prolong gastric residence time, thereby targeting site-specific drug release in the upper gastrointestinal tract (GIT) for local or systemic effects. Oral route of drug delivery has known from decades as the most widely used and preferred amongst all the routes that have been explored for the systemic drug delivery. The tremendous popularity of the oral route is mainly based on the convenience it offers to patients. However oral route has distinct failure in the delivery of oral sustained release dosage forms (OSRDF).

All OSRDF have limited applications because these systems cannot remain in the vicinity of absorption site in gastrointestinal tract (GIT) till complete release of active moiety. To improve the performance of OSRDF, scientists have discovered a new concept in drug delivery i.e. GRDDS. An optimum GRDDS can be defined as a system which retains in the stomach for a sufficient time interval against all the physiological barriers, releasing active moiety in a controlled manner, and finally metabolized in the body. Over the last two decades, numerous GRDDS have been designed to prolong GRT. The major objective is to minimize the drawbacks associated with existing OSRDF and optimizing therapy coupled with substantial patient comfort.

A GRDDS can be also being a useful tool in delivery of drugs that are primarily absorbed in the duodenum and upper jejunum or those that have an absorption window in the GIT.

These systems are also appropriate for drugs which are locally active in the gastric mucosa in the stomach, for example antibiotic administration for helicobacter pylori eradication and in the treatment of peptic ulcer and gastritis. Drugs that are less soluble in or are degraded by the alkaline pH may get benefit by being incorporated in GRDDS for prolonged gastric retention thereby improving the oral bioavailability and therapeutic efficacy by possible reduction of dose size.

An increased gastric retention time and better control on the fluctuation in the plasma drug concentration. However, besides a minimal gastric content needed to allow the proper achievement of the buoyancy retention principle a minimal level of floating force is also required to keep the dosage form reliably buoyant on the surface of the meal.

Outlook of mechanism of floating system.

To fulfill the aim of investigation, following objectives were followed step-by-step in order to complete the task of work:

Direct compression method was selected to manufacture of gastroretentive floating tablet of losartan potassium tablets. Losartan potassium and excipients ware weighed for practical yield and the some was recorded.

The ingredient was weigh accurately and mixed thoroughly in increasing order of weight for 10 min. batches were compressed on Rotatory tablet compression machine using 9.5 mm flat punch. Density of tablets was kept constant 1.0 g/cm3. For curing experiments tablets of all batches were stored in an oven at 50 ℃ for 24 hours.

Preformulation study of dosage form is the first and foremost step in developmental process of any drug substance. Preformulation studies are defined as a study of physical and chemical phenomenon of drug itself and with any excipient.

The angle of repose has been set at the maximum angle possible between the surfaces of a pile of powder and horizontal plane. Here the fixed funnel method was employed. A funnel was set with its crest at a given height (h), above a level horizontal surface on which a graph paper was placed. The powder was watchfully poured through a funnel till the apex of the conical pile just touches the top of the funnel. By using the below-given formula, the angle of repose was calculated.

It is the ratio of the mass of the powder taken with its bulk volume. The shape and cohesiveness of particles, particle size distribution, was depended on bulk density. A fixed quantity of powder was cautiously poured into the graduated measuring cylinder through an appropriate size funnel and volume was calculated, and it is called as bulk volume. Bulk density is expressed in kg/m3and is given by

Which is specified in kg/m3and calculated by following formula

From the values of bulk and tapped densities a secondary method for determining powder flow is Carr’s index. The powder arch potency or bridge strength and stability of the powder were directly measured by the percentage compressibility. Each formulation’s Carr’s index was calculated by the below-given equation

Hausner’s ratio is calculated by tapped density versus bulk density

Shape is checked by magnifying lens after compression. It mainly includes shape and size of tablet. Also, it affects texture, any embossing matter, Color.

In this three tablets are randomly taken and then their thickness and diameter are measured by Vernier caliper or by using calibrated screw gauze.

Twenty tablets are selected and weighed individually. The the average weight and standard deviation is calculated. Test passes when not more than two tablets deviate from average weight.

Expressed in kg/cm2 and it is checked using Monsanto hardness tester by randomly picking three tablets. Hardness helps in knowing ability of the tablet to withstand mechanical shock during handling of tablets

20 tablets are taken randomly and placed on a sieve. Loose dust is removed with the aid of air pressure or a soft brush. Tablet samples are weighed accurately and placed in Friabilator (Veego VFT-DV). After the given number of rotations (100 rotations) loose dust is removed from the tablets as before. Finally, tablets are weighed. The loss in weight indicates the ability of the tablets to withstand this type of wear. The percent friability is determined by using following formula,

If % friability of tablets is less than 1% is considered acceptable.

It is an important parameter in case of floating tablets. If density is less than gastric fluid (1.004) than only the tablets will float.

It is calculated using formula:

The possible chemical interactions of losartan Potassium with formulation polymer Polyethylene Oxide and other excipients were examined by FTIR spectroscopy (Bruker, Alpha-E, Germany) using KBr press pellet technique. Few milligram of sample mix with 100 time of potassium bromide and pressed by polymer press (PFM15, Techno search Instrument) by applying 5-ton pressure for 5 min. This pellet was placed on instrument. FTIR spectral scans were recorded in the range between 4000-600cm-1

Based on the results of preliminary investigations of experimental work of Floating tablet to optimize the effect of variables on desired responses by keeping fixed concentration of other variables optimization was carried out in further investigation.

This can be easily analyzed and understood using established statistical design of experiment tools such as factorial designs are considered the most effective in estimating the influence of individual process with minimum experimentation and time, where all factors are studied in all possible combinations. Based on the factorial design of experiment, the optimization technique encompasses the generation of model equations for the investigated responses over the experimental design to determine optimum formulation. Full factorial (32) design was carried out in further investigation as shown in Table.

The in-vitro buoyancy was performed in USP Apparatus 2 (Paddle) method (Electro lab, Mumbai TDT-08L) in 0.1 N HCl, pH 1.2 (900ml) maintained at 37±0.5℃ at 50 rpm and the time required for the tablet to rise to the surface and float was determined as floating lag time (FLT) and total floating time (FT) was also determined.

Stability is the essential factor for quality, efficacy and safety of drug product. The drug product with insufficient stability can result in change of their physical (hardness, dissolution rate,) as well as chemical characteristics (formation of high risk and decomposition substances).

Effect of pH on floating behavior

I Took 6 Trials Batches F1to F6 In F5 Batch Is Better Results So I Optimized This Final Batch Over F5 Batch In Factorial Design.Batch F5 contain 90 0f PEO and 40 mg Camphor Shows 92.79% of drug release after dissolution from Floating tablets. 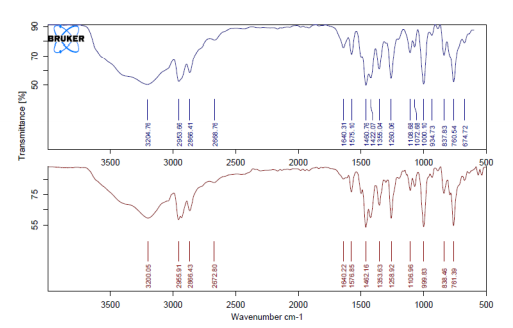 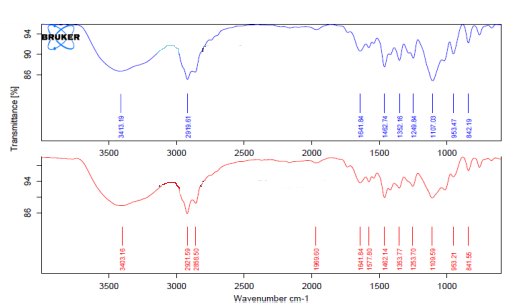 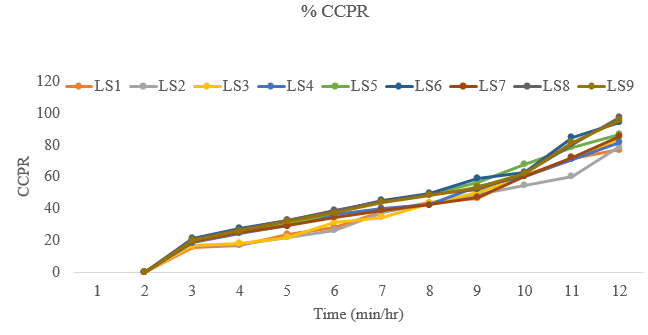 Effect of pH on floating of tablet

From the results of preliminary batches of floating Tablet containing Losartan Potassium, it was found that amount of Camphor and Polyethylene oxide affecting on the responses of floating formulation. Hardness, floating time, and drug release were dependent on the amount incorporated camphor. Minimum 40mg of camphor and 90 mg of PEO were necessary for floating of tablets up to 12 hrs. Post compression curing increased the hardness and floating time of tablets.

The stability studies were conducted for 15 Days at two conditions i.e. at ambient temperature (27±2 C; 65±5 % RH) and at higher temperature storage condition (40±2 C; 75±5 % RH) for tablet of optimized batch LS3 exhibited no any deleterious change in physical appearance, hardness, and drug content and dissolution profile.

Thus, results of the current study clearly indicate, a promising Potential of the Losartan Potassium Floating tablets as an alternative to the conventional dosage form, which give sustain release of drug from floating tablet of drug up to 12 h from matrix tablet, eliminate the need of bid dosing and also increase the bioavailability of Losartan Potassium.

It was concluded that sublimation method can be utilized for desired floating tablet formulation of losartan potassium at laboratory scale using camphor as sublimating agent, HPMC K4 as a dry binder and PEO as a release retarding agent.

Gattani Londhe Surana Development of Floating Drug Delivery System with Biphasic Release for Verapamil Hydrochloride: In vitro and In Vivo EvaluationJournal of Pharmaceutical Science and Technology2010211361367